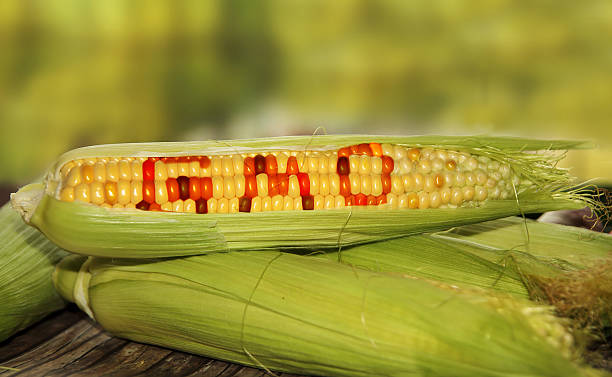 If you’ve eaten anything today, chances are you’ve consumed some sort of GMO food. GMO stands for Genetically Modified Organism where genetic material is artificially manipulated in a laboratory. According to the USDA, more than 90 percent of corn, soy, and cotton grown is from GM (genetically modified) seeds1. GMOs were developed for seemingly good reasons such as to increase crop yield, better tolerate harsh environments, and have resistance to herbicides. However, this process also creates combinations of plant, animal, bacteria, and viral genes that do not occur in nature and are not possible to produce by traditional growing or breeding methods2.

Despite what biotech companies say the answer to whether GMOs are safe or not remains unanswered because there have been no long-term studies proving the safety of GMOs3. There is, however, a growing body of credible evidence raising concerns4. In animal studies, GMOs have been shown to cause extreme intestinal inflammation leading to altered gut bacteria and new food sensitivities5. Further, GMOs created severe liver, kidney, immune system, and heart inflammation in several studies6,7,8. It is interesting to note that GMOs damaged the detoxifying organs of the body the most.

And then there’s glyphosate.

No talk of GMOs is complete without mentioning glyphosate the main ingredient in Monsanto’s herbicide Roundup, now the most used agricultural chemical in history9. In the early 90s, Monsanto engineered crops that could withstand Roundup so farmers could spray large amounts to control weeds and not affect their crops. Unfortunately, glyphosate is one of the most toxic chemicals known with links to diabetes10, celiac disease11, gluten intolerance10, depression10, hypothyroidism10, brain cancer12, birth defects13, obesity10, multiple sclerosis10, and many more.

What effect do GMOs have on farmers?

Since GMOs are human-made in a lab, biotech companies have been able to patent them thus controlling their use and distribution. Patented plants wouldn’t be so alarming if farmers had alternatives but they don’t. Since 1996, large biotech companies such as Monsanto and DuPont have bought over 200 smaller independent seed companies14. Today, just four companies, own over half of all plant patents14. This represents a total corporate takeover of family farms and the global food supply. Because “Big Agriculture” controls the market farmers are stuck paying high royalties to grow crops. Farmers have already been sued and shut down because their crops became contaminated with GMO pollen carried by the wind from neighboring fields15.

How do GMOs affect the environment?

The vast majority of GMO crops are engineered to withstand herbicides. As a result, the use of toxic herbicides such as Roundup has exponentially increased. Now, over 300 million pounds of Roundup are sprayed in the US every single year16. Glyphosate, the main ingredient in Roundup, has been labeled a likely carcinogen by the WHO17, and with such ubiquitous spraying of the chemical, it is becoming impossible to find land or ecosystems that aren’t contaminated18. To make matters worse, GMOs are now responsible for the creation of herbicide-resistant superweeds and superbugs19 that can only be killed with powerful poisons like those used in Agent Orange20.

How can you tell if you’re buying GM food?

Over 60 countries around the world, including Australia, Japan, and all of the countries in the EU, require genetically modified foods to be labeled21. The United States is not one of them. While recent surveys show that 93% of Americans want mandatory GMO labeling22 the food industry has fought very hard to defeat any GMO labeling legislation23. Currently, the best way to avoid GMOs is to look for the Non-GMO Project verified symbol on all food products and to make sure all produce is organic as organic foods are not allowed to contain any GMOs24.

Bryan Bradford is the lead nutrition specialist, Certified Health Coach and Chief Nutrition Officer and one of the founding family members of Sunflower Shoppe.